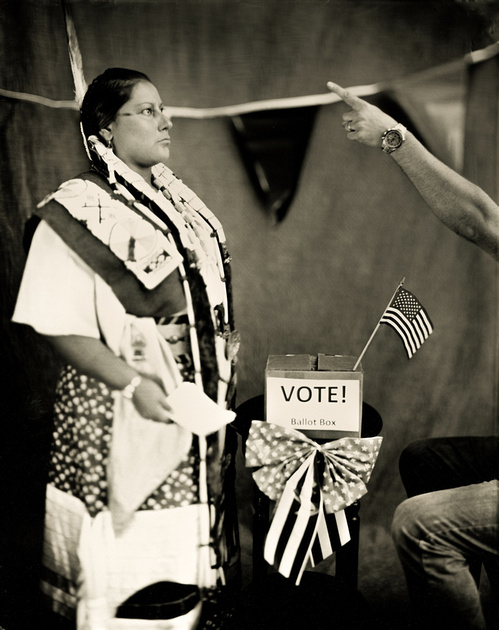 I had to come to the aid of my friends who are being forced through many steps in order to vote this November. This new unfair law is making it more difficult for Native Americans and others minorities to vote.

Just so everyone understands, the United States Government will not deliver to most physical addresses on the Reservations and require a post office box for mail. Remember we forced them on these reservations. This is a system and a requirement that has been in place for decades. But now a P.O. is not valid to vote? Most all states allow P.O. Box addresses for voting and North Dakota did until recently. This is a scheme to make legitimate citizens of this state illegible to vote and that simply will not stand. We need to make it easier for people to vote instead of making it harder. The technology that we have available can easily solve this problem, but we would rather disenfranchise people.

The point here is that Native Americans SHOULD NOT have to take ANY extra steps to insure they can vote in elections. Telling them to complete a PROVISIONAL BALLOT is telling them, your vote will not matter anyway. They were the first people of this country, need we be reminded. My wet plate camera is a tool that I am trying to use for positive change and awareness.