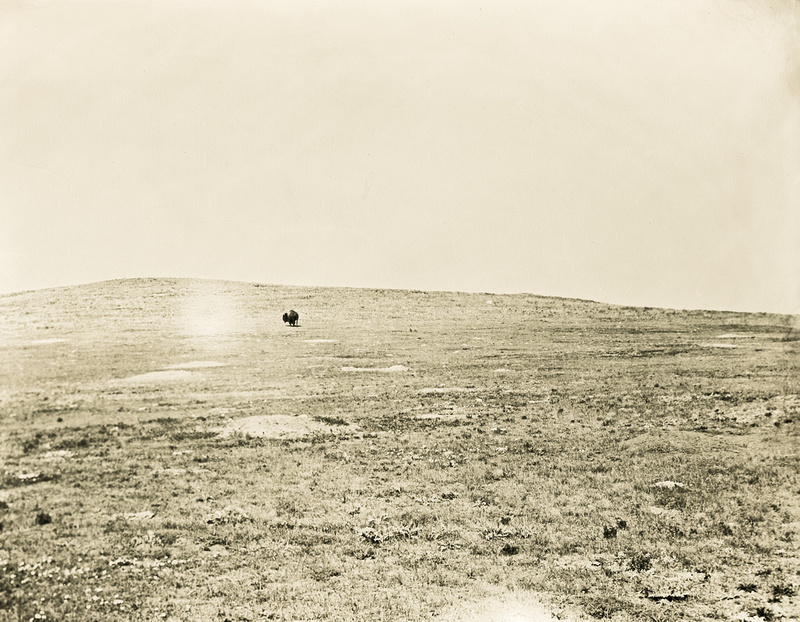 I was very honored to be given the opportunity to take my portable wet plate dark room to the Standing Rock Sioux Reservation.  I was given permission to attempt to capture their official herd of wild buffalo.  A task that I could never have been prepared for, no matter what previous wet plate experience I have had.  Ray Moore, Sr. introduced me to Sid Bailey the gentleman that is responsible for caring for this majestic and sacred animals.  We were also joined by Scott Davis who is the Director of the North Dakota Indian Affairs Commission.

We spent 6 hours in 85 degree weather with 30mph winds trying to capture these beautiful animals in the process that I hold so dear.  It was nearly impossible to get the darkroom, the camera and the chemicals close enough to the animals in the timeframes required by the process.  If the plate dries in the field, the image is lost so we only had minutes to get the shot, and we found it more difficult than ever imagined.  These animals have hundred and hundreds of acres to roam, and roam they did.  I had to setup and take down my portable darkroom and chemicals no less than six times throughout the day.   When we first entered the field, Ray went around and smudged each of us and our vehicles before entering the buffalo's homeland.  It was a very spiritual moment and it prepared us for the task at hand.

At the end of the day, the last image of the day, we spent an hour capturing what I now call "A Lone Buffalo at Standing Rock".  What I was left with was a sincere feeling of respect not only for the fabulous animals, but also for my Native American friend.  To think that they would hunt these animals on the open plains with no fences with nothing more than a bow and arrow or maybe a spear is almost unimaginable.  We had a meal together in the open under the beating sun and we all felt the achievement, we felt that we were making history in a small sense.  When was the last time this was ever done, if ever?  The buffalo do what buffalo want, as it should be.  I was amazed at the way they could transverse the open plains, when our modern 4x4 trucks were put to their limits.  The chemicals sloshing around in the back and the plates rattling as they dried.

I was honored to be able to even attempt this and now that we have an image to show for it, I am proud of what we did that day, together, as a group.  Our entire goal was to pay these animals the respect that they deserve.  The fact that the best image of the day was of a single bull roaming up the hillside, speaks volumes to what we did to the once herds that numbered in the millions.   Also, it makes me think of how difficult it must have been for the Native Americans to be isolated by our government to a reservation when all they knew was to roam freely in this world.

My life's work is to capture my friends here as they are today, to show that they are still here, to show that we have not stripped them of their culture or their spirit and to give them the dignity and respect they deserve for being the first people of this nation. 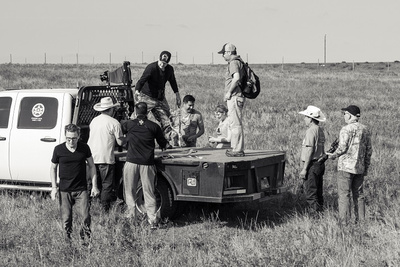 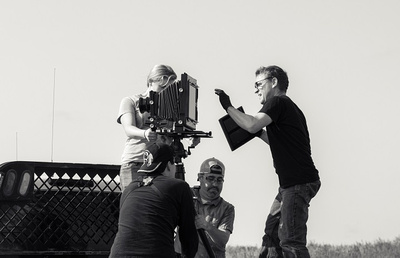 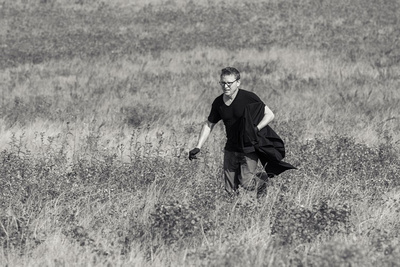 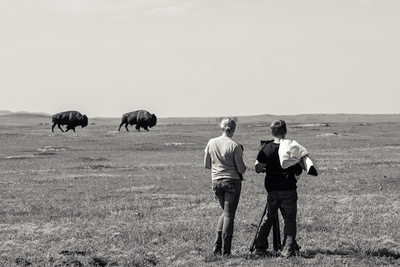 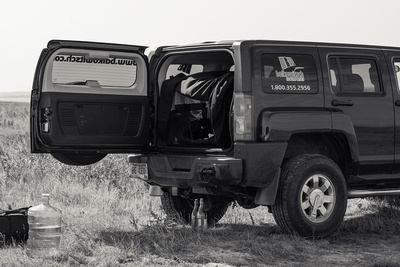 The above digital black and white images were captured by Tom Wirtz.  Tom was also very instrumental in us capturing the final shot of the day and I am forever grateful for his friendship.