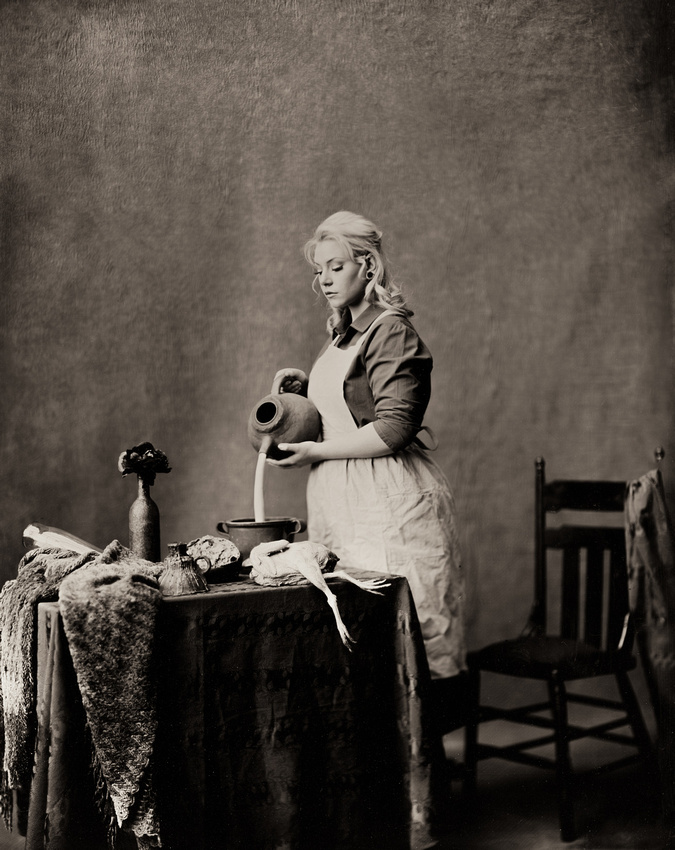 I am beyond honored to have my work "Maiden Pouring Milk" being officially selected by the archive of The Royal Photographic Society in the United Kingdom. This is the world's oldest photographic society dating back to 1853. Their collection is world renowned and includes the works of Julia Margaret Cameron. This is the 42nd archive that is protecting my original black glass plates.

My plate was inspired by the work of William Mortensen, which the Royal Photographic Society awarded the coveted Hood Medal for his 1938 work.

A special thanks to Laine Pope my studio's prop master for making all the key elements for this shot. I also want to thank Chad Nodland for his assistance behind the scenes and for documenting this shoot with his digital camera. The RPS will also take his digital behind the scene photographs to document and support the original plate. 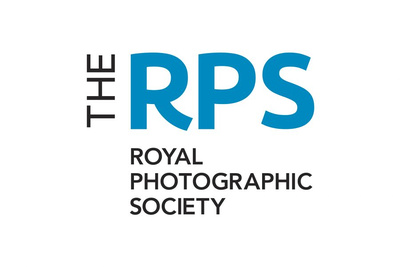 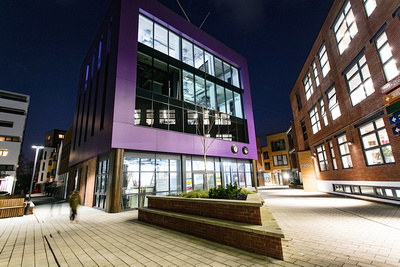 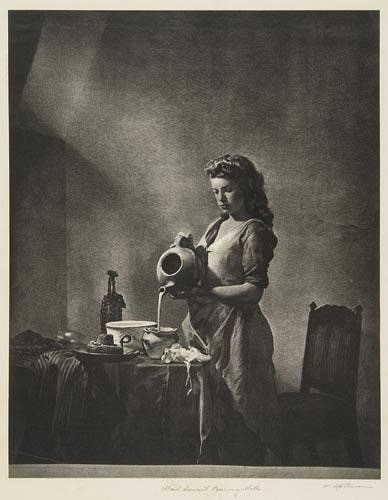 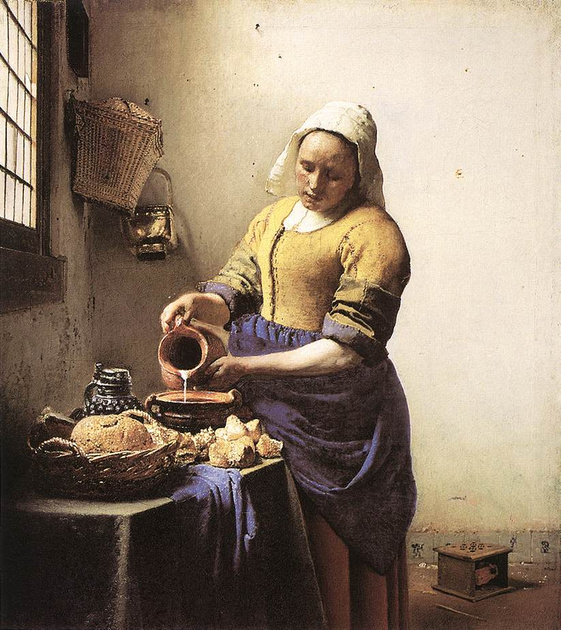 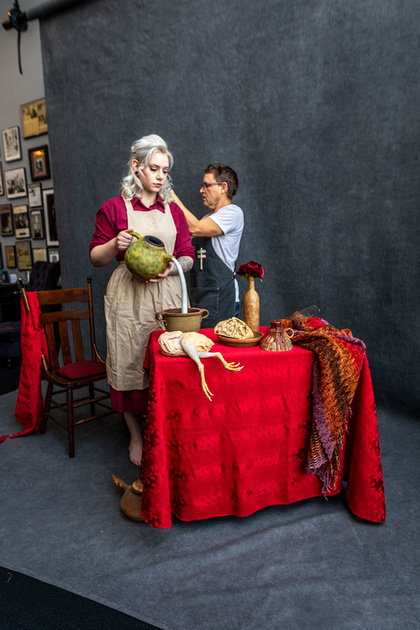 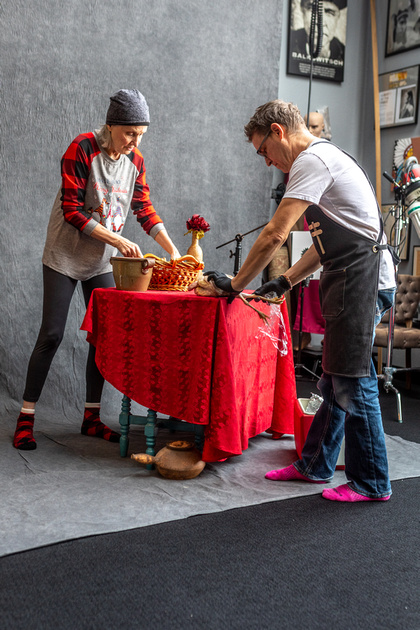 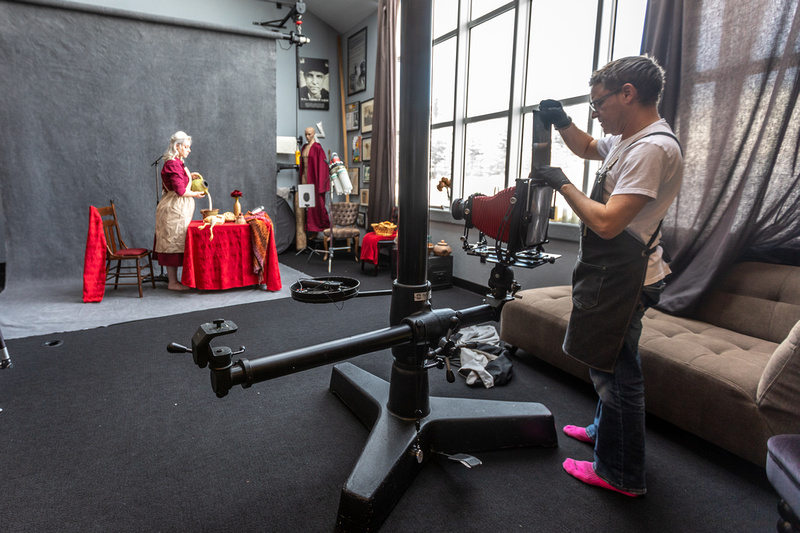 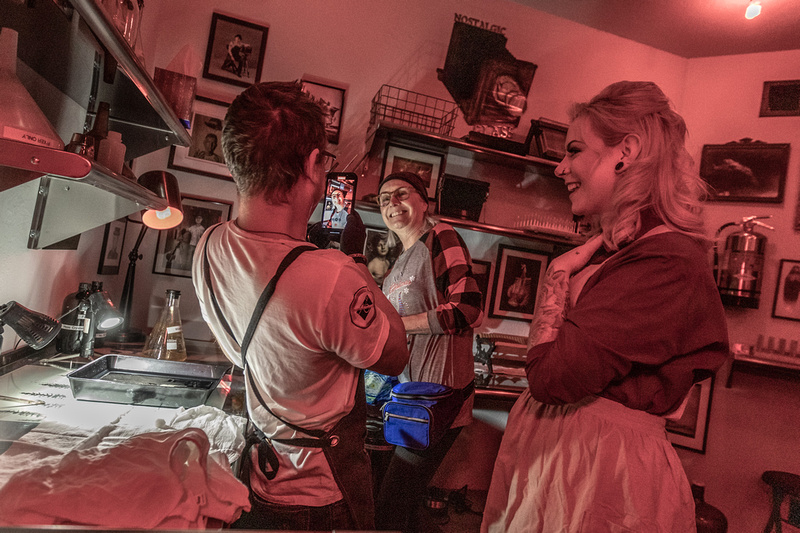 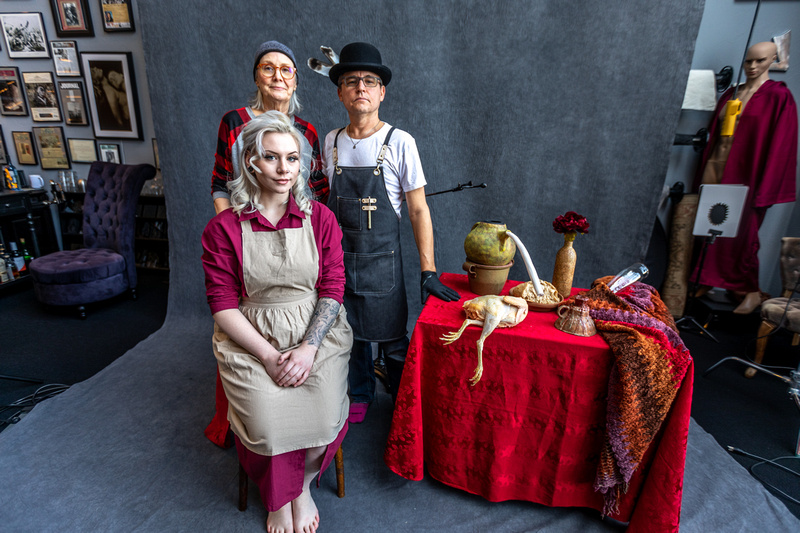 The Accademia del Disegno (“Academy of Design”), which opened in 1563 Florence, Italy was the world’s first academy of art. Prior to that time, to succeed with a career in the arts, a would-be artist either apprenticed in a respected Master’s atelier, or was self-educated. The underlying principle of a Renaissance painter or sculptor’s education was to copy the works of his or her Master, as well as the work of historical Greek or Roman artisans. Through the replication of contemporary or classical works, the student was given the opportunity to explore established techniques and subject matter, while simultaneously developing his own vision and style. To use a current metaphor in today’s language: Amateurs borrow, Professionals steal.

One of the more famous photographic ‘steals’ was by the Pictorialist photographer William Mortensen, whose 1938 photograph ‘Servant Pouring Milk’ was created based on Jan Vermeer’s 1657 painting ‘The Milkmaid’.  Fast forward to 2021 Bismarck, North Dakota, and enter the only natural light wet plate studio built in over 120 years. Ask to see the black glass wet plate of ‘Maiden Pouring Milk’ by contemporary collodion Pictorialist Shane Balkowitsch.

Having no previous experience in photography, Shane was intrigued by a portrait he saw on an online gallery in 2012. Researching the image, he discovered it was made with wet plate collodion chemistry, an 1851 process which applied pure silver onto glass or tin. Stunned by the clarity and permanence of images developed on glass plate collodion negatives some 140 years previous, Shane was captivated by the process as well as the imagery. Over 9 years and 4,000 plates later, Shane has (with certain modesty) easily achieved the moniker of Master. On a weekly basis, he continues his seminal documentation of the Northern Plains Indians, produces elegant studio and location portraits of contemporary icons (such as Greta Thunberg), and teaches students from across the country. He continuously expands and explores his creativity through self-motivated projects.

It was his study of, and respect for, William Mortensen that lead him his most recent recreation: Maiden Pouring Milk.

“I have always been a fan of William Mortensen.  I have most of his books and have read all I can about his work and his contributions to Modern Pictorialism.  Ansel Adams called him the “Anti-Christ” because of their philosophical, let alone technical differences. Despite the fact that I can appreciate a great landscape, that comment has never sat well with me.  I have been aware of Mortensen’s work “The Milkmaid” for some time now. It has always drawn me in.  After doing further research into his 1938 photograph I realized that I had seen this image before and figured out that a very similar scene was painted by Jan Vermeer.  Further research proved that Mortensen indeed credit Vermeer as being an inspiration for him, hence my inspiration from Mortensen.

I immediately contacted my prop master Laine Pope and sent her over images from both Vermeer and Mortensen.  I explained to her that we are not going to duplicate either image exactly but make one of our own.  Laine got to work on making the round pitcher by hand and then the milk from clay layered with varnish. The added challenge of getting the appearance of a liquid pouring from the decanter in a 10 second exposure was a challenge that I wanted to address.

I thought the butchered chicken was a must for this shoot.  In the Mortensen there appears to be some sort of carcass or game bird on the table. We decided we would go with a chicken.  Laine knew a local farmer and acquired the bird. Leaving the feet on was rather important to create a timeless atmosphere within the photograph. Draping the legs over the edge of the table became an important element of the composition as well.

I needed to find our maiden.  Eve Lancaster has been to my studio on half a dozen occasions creating work with me.  At this point her ability to hold still under difficult 10 second exposures have become legendary.  The main issue was to get the milk to appear as if it is pouring out of the pitcher. We wanted the image to be moodier and darker, so getting the exposure of her face was important as well as the shadows and mood of the rest of the scene.  We spent about 3 hours in the studio accomplishing the three 10 second exposures.  The 3rd plate was the one I felt was the best for what we were trying to achieve.  Digital photographer, Chad Nodland, captured behind the scene images that detail the creation of the work.

It is always so rewarding to make a scene in my studio that is believable in some sense of being from somewhere else. For me, my wet plate is successful if you find yourself looking at Eve and for a brief moment believing that maybe she is in the 16th century.  Upon closer inspection, however, Eve is wearing ear gauges, a tell-tale sign that this is a modern image. I like leaving little clues in the shots that give away the image’s era. “

The highest compliment an artist can receive is that of his peer’s respect and recognition. Forty-two museums worldwide have accessioned Shane’s black glass plates. And like all seminal art, the ‘Maiden Pouring Milk’ has taken on a life of its own. Established in 1853, England’s Royal Photographic Society is the world’s greatest repository of classic and contemporary photography. The best of the three original plates was recently acquired by the prestigious RPS who, coincidentally, had given William Mortensen its coveted Hood Medal in 1949.

A fourth Generation Clevelander, Herbert Ascherman, Jr. has been a professional photographer for 45 years. Herb has written numerous articles for books, journals and photographic publications worldwide.