The feature length documentary “Balkowitsch” will screen at the Fargo Film Festival on March 18th, 7pm at the historic Fargo Theatre.  Directors Greg DeSaye and Chelsy Ciavarella will participate in question and answer session following the screening.

Much controversy is surrounding Shane's work coming into this festival.  Recently he received personal threats, boycotting and vandalism in his home city of Bismarck for a mural "Standing For Us All" with Greta Thunberg that he tried to install in an alley.  His previous mural that has been up for over a year called "Liberty Trudges Through Injustice" was egged.  Over 50 local, national and international news organizations ran with the story of hate that was thrown his way.  A grass roots movement in Fargo with the guidance and leadership of Michael Williams agreed to take the art installation in Fargo as a way to show that not all of North Dakota feels this way.  The large installation will be installed at the Frontstreet Taproom in Fargo at 1pm on the day of the opening of the film.  The city of Poughkeepsie in New York has also decided to install the piece for their residents to enjoy.  Shane also has plans himself to install the mural at Standing Rock near Sitting Bull College.  The film has since been awarded the "Prairie Spirit Award" and has received Honorable Mention by the film festival.

Everyone has a purpose, but most spend their lives searching. For one man, his purpose came late in life and has been fueled with passion, spreading like wildfire across the prairies and now spanning the world.

Shane Balkowitsch has found his voice through the lost art of wet plate photography. He is archiving history, preserving bloodlines and capturing his visions in silver on glass for future generations.

"Art can be a weapon for change and we artists have the ability to wield it at will." - Shane Balkowitsch 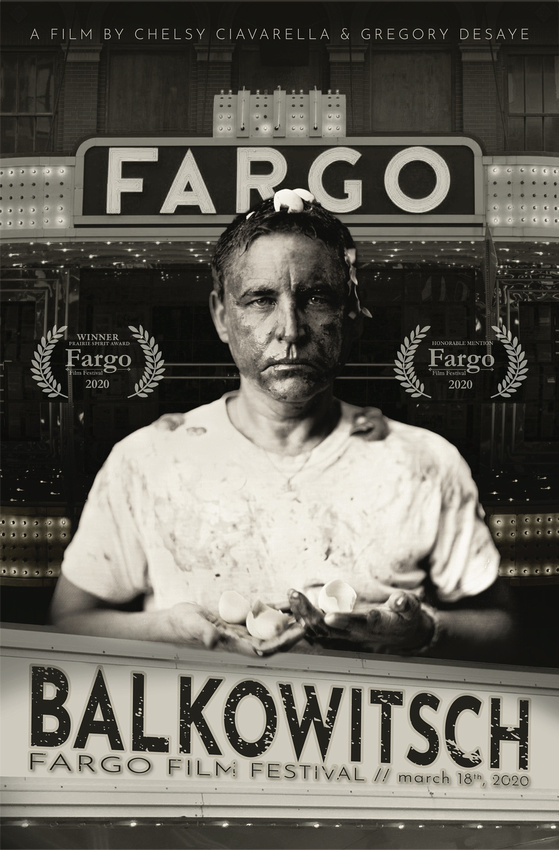