Reuben James Fast Horse, "Fast Horse", Hunkpapha (Hunkpapa), in the historic wet plate collodion process of silver on glass.  Our main goal was to pay our respect to the great Heyokha.  The human manifestation of the Wakinyan Oyate (The Thunder Beings), for my series Northern Plains Native Americans: A Modern Wet Plate Perspective.

"For people who are as poor as us, who have lost everything, who had to endure so much death and sadness, laughter is a precious gift.  When we were dying like flies from white man's disease, when we were driven into reservations, when the government rations did not arrive and we were starving, watching the pranks and capers of the Heyoka were a blessing" - John Fire Lame Deer

The heyoka (haokah, heyokha) is a kind of sacred clown in the culture of the Lakota people of the Great Plains of North America.  The heyoka is a contrarian, jester, and satirist, who speaks, moves and reacts in an opposite fashion to the people around them. 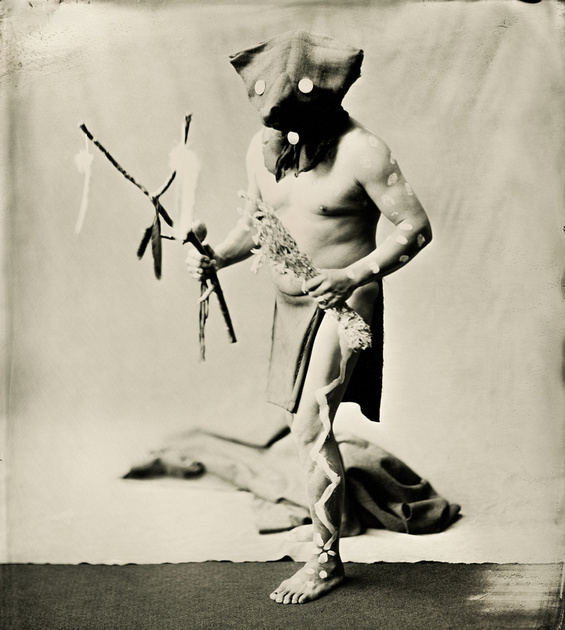 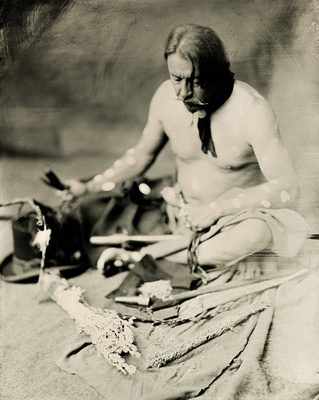 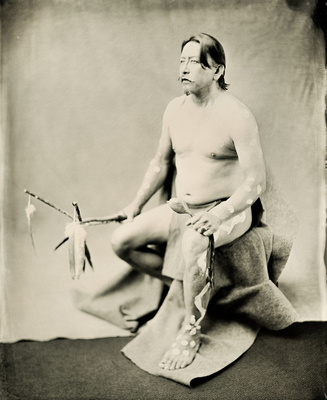 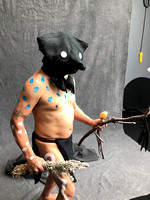 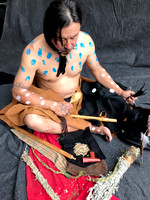